A Labour Market Impact Assessment (LMIA), previously known as a Labour Market Opinion, is a legal document issued by Employment and Social Development Canada that will enable a skilled worker to work in Canada if the person meets the requirements.

When a positive Labour Market Impact Assessment (LMIA) is completed, it will be determined that there are no eligible Canadians or permanent residents seeking the job that the skilled person wants to fill. This will enable the skilled worker to apply for a work visa. 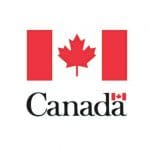 Learn about the basic employer criteria for LMIA that are the same for all streams in this article. Always make reference to stream limitations and other stream-related circumstances.

Employers who are ineligible

It will show on this list if a company is ineligible to apply for LMIA and has not done so. Employing a foreign worker is a significant obligation on the part of the employer. As a result, the ESDC inspects LMIA-approved employers on a random basis. Those who did not adhere to the conditions of an authorized employment offer are likely to be on the above-mentioned list of non-compliant employees.

A person’s ineligibility is not necessarily a permanent state of affairs. As a result, it is worthwhile to inquire about the length of time the business has been prohibited from employing temporary employees. In reality, it might last anywhere from a year to a lifetime.

The business will never appear on the list of ineligible employers if it has never submitted a request for a labour market impact assessment in the first place.

Employers in Canada that have an LMIA (Approved)

Positive LMIA Employers List is published annually by the United States Department of Employment and Social Development (DESD). There are no personal names or LMIA in favor of permanent residency included in this list. It does, however, keep track of all positive LMIAs’ positions and locations.

Which types of employers are eligible to apply for LMIA?

A stream will be used to evaluate whether or not an employer is eligible for LMIA in all other situations. Only if an employer applies for LMIA in order to support permanent residency is it necessary for the company to have been in operation for at least one year prior to application. Employer criteria for LMIA compliance are as follows for all other kinds of businesses:

By reviewing supporting documentation, Service Canada may determine whether or not certain LMIA criteria for employers have been fulfilled. Download our Employer Checklist of Documents for more information.

Additionally, there are LMIA limitations in place for some professions and places in Canada. This implies that companies in certain industries and jurisdictions will be unable to submit applications.

Processing timeframes for LMIA applications may be variable, ranging from a few weeks to several months in certain cases. Certain LMIA applications will be processed within 10 business days, according to a promise made by Employment and Social Development Canada (ESDC).

Once an LMIA request has been submitted, the human resources department usually takes approximately two months to handle it completely. As a result, between advertising and the LMIA procedure, the whole process takes about three months. Once the LMIA has been granted, the foreign worker will be able to submit an application for a work permit.

Unless an exemption exists, a company is subject to a restriction on the number of foreign nationals working in low-wage occupations at a specific workplace. In the case of an employer that hired a foreign national in a low-wage job before June 20, 2014, the employer is subject to a 20 percent limitation or their projected (lower) restriction on the number of foreign nationals they may hire in low-wage employment after that date. The 10 percent restriction applies to businesses that did not employ a foreign worker in a low-wage position before June 20, 2014. This is the first time the ban has been applied.

Unless an exemption applies, when a company or prospective employer files an LMIA application, they must demonstrate that they have fulfilled specific advertising requirements, otherwise, the application would be denied.

With a focus on underrepresented groups, the National Job Bank or its provincial/territorial counterpart in British Columbia, Saskatchewan, and Quebec, as well as two or more additional methods that are normal occupational practice and target minority, people

Once you have obtained an LMIA number or an offer of employment number, you should provide that information to the employee who has accepted the job offer. They will need to utilize this information in order to submit an application for a work permit. If you are exempt from the employer compliance procedure, you must provide the employee a copy of his or her employment agreement. They may utilize it to submit an application.

Employment and Social Development Canada (ESDC) decides whether or not to award a positive LMIA and then to Immigration, Refugees and Citizenship Canada (IRCC).

IRCC notifies the employer of the final LMIA decision. ESDC takes into account many variables, including: